I made it back to Amsterdam from the little tiny village of Zeerijp and stayed in a hostel near downtown, Hostel Slotania.

It’s pretty nice for a hostel. I had a good night sleep…slight headache. Now I’m headed over to Haarlem after I get some strong black coffee.

Most of the hostels seem to be booked for Saturday night, but maybe that’s because I am still in Amsterdam…People shop til midnight here. Amsterdam is a very busy place. There is a light rain which makes this beautiful city a tad on the cool side…seems like everyone rides a bike here…the most amazing cheese and bread. Yum! 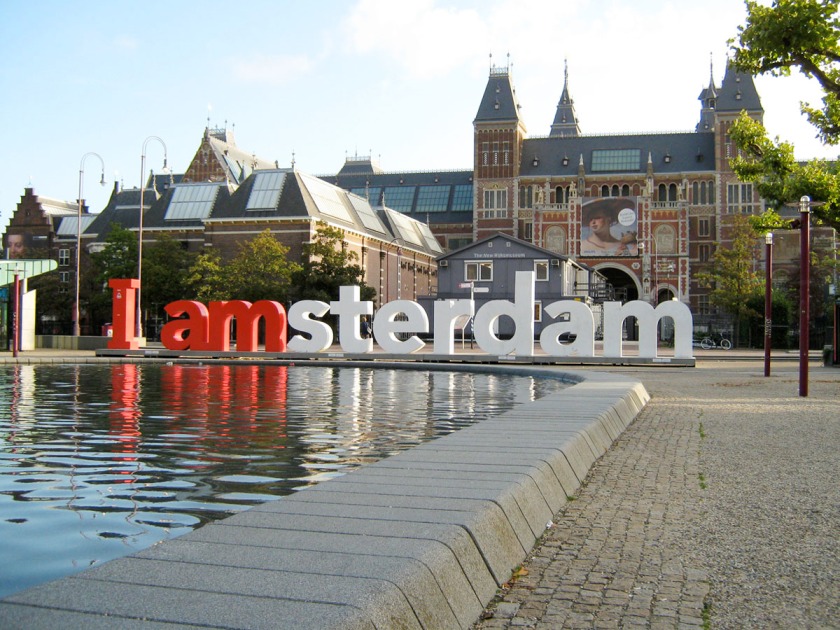 Most of the buildings in Amsterdam were built in the 1600’s…when they didn’t have cars. I went to the Grote Market to get cheese, bread, and coffee for 18 Euros, which is about $20-bucks American money.

I’m going to walk towards the beach…Maybe I’ll end up in some cheap hotel??? Still feel like I am just trying to fit in which is hard because though my ancestry is Dutch, I don’t really speak Dutch. Most Europeans are raised from birth to speak 5 languages, and fortunately English is one of them. The first thing I learned to say was “Mon francais n’est pas bien. Parlez vous anglais?” (My French is not that good. Do you speak English?)

People are very nice, and helped me out when I got lost. I will write more once I find a hostel and a place to charge my phone. I went into Starbucks here and they did not have WiFi! Oh yeah, and so I went to another local little coffee shop in Amsterdam and they were selling drugs! I asked if they had coffee, and they said, “Sure we have coffee!” And they also had lots of other stuff, if you know what I mean. I just wanted coffee and to get headed back on my way to the beach!