A morning that greeted me with sunshine…yes, a walking day. I repacked my 15-pound backpack and ate a good breakfast without sugar. I then checked out my maps and decided on a route towards Gent (or Ghent, it’s spelled both ways)…a walking path. 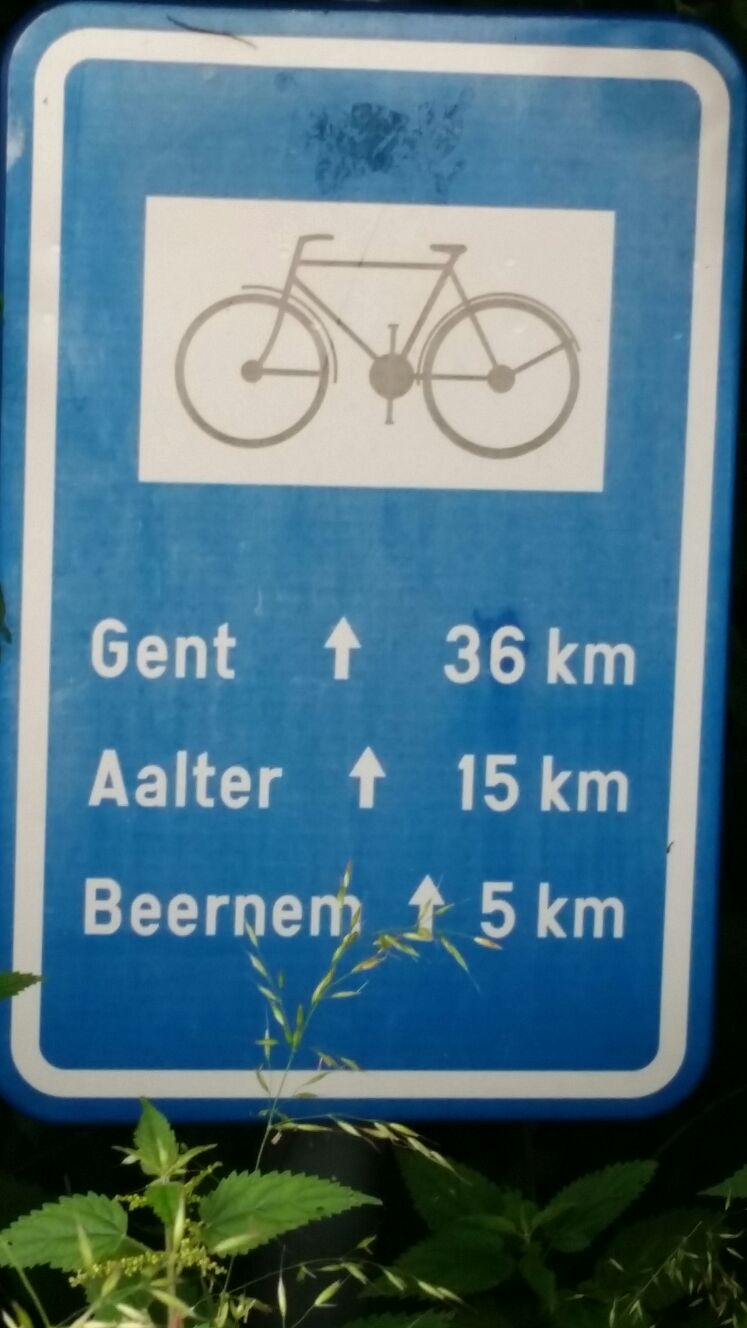 The young man in charge of checking people out of the hostel told me that a better route would be to follow the canal. This turned out to be an excellent suggestion because it was straightforward…and a better walk than walking near traffic. It was also a bike route…quiet and very pleasant to walk…under bridges, over bridges, around bridges.

There is a lot  of water to avoid stepping into…some of it looks black in little creeks next to the canals, but I don’t really understand why…and the history of WWII is never far from your mind. 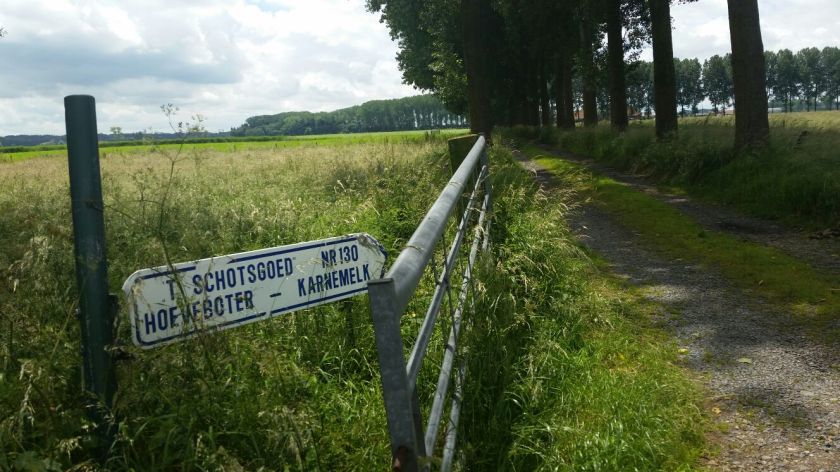 I passed many old bunkers, concrete blocks, huge grotesque reminders of war. The day turned out to be quite humid and I was sweating a lot.  By noon I stopped  in this little village and ordered some bread and cheese at a deli. The young lady made me a cheese sandwich with all the works…lettuce, hard boiled egg, tomato slices, and lettuce with lots of mayonnaise on a baguette. For only 4 Euros, too! It tasted grand. It was absolutely the perfect Belgian lunch. I sat down near an old Church and just rested and enjoyed the traffic of people on bikes and cars.

Then I moved on…..the countryside was very lovely and in the distance you could see fast-moving trains and cars on some sort of highway.

The sky cover would come and go…turning into a hot summer day. By 3:00 I found myself resting on the ground under a tree…with lots of ants keeping me company! Many people on bikes, both young and old. I seem to be drinking up my water supply faster than normally, but I want to stay hydrated, especially when walking so much.

My phone was feeling very warm, almost hot, so I turned it off to let it cool down. Of course, this meant that I could not take anymore pictures…strange.

I realized later that it was because of my battery  being so low. After walking til 4:00 pm  I decided it was time to get on the train to avoid issues with the industry on the outskirts of town. Besides I had just walked about 8 miles…and this heat was making me very tired. I found a train station after asking for directions. This little village I had wandered into seemed empty…very strange. The shops were closed as if it were a holiday in the states. The Europeans seem to take bank holidays at the slightest prompting. 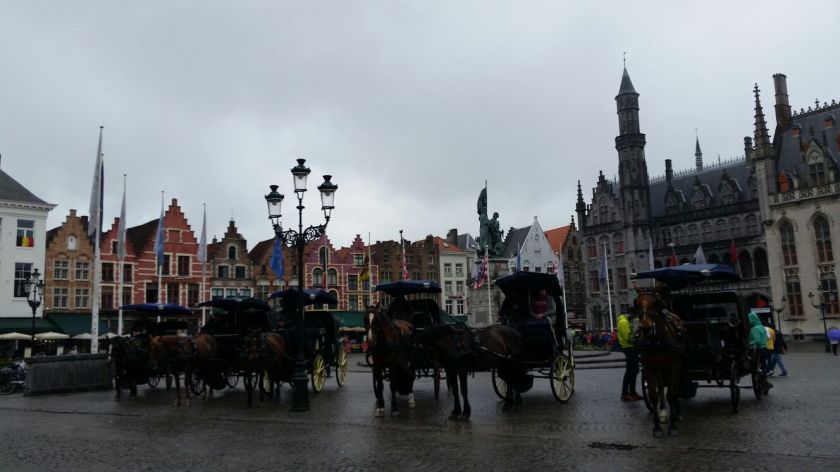 Finally, at what felt like a local bar…a kind lady behind the corner gave me some water and a bite of smoked halibut–very pleasant and sweet! She told me that the train station was straight ahead, over the bridge to my left. I found it after walking another mile or so (2 kilometers). The train station reminded me of some old war movie, with young soldiers saying goodbye to loved ones. You get the picture, right?

Anyway, I sat down and waited when this super fast train rolled into the station but did not stop! It scared me because of how fast  it was going, and it was so close as to be disturbing…I hung on to the seat at the train station very tightly, wondering if even that was safe! It was all very strange…then after waiting for at least 45 minutes the train finally made pulled up to a stop at the station.

I then very quickly arrived in Gent just a few short minutes later. I stopped at an “Einstein  Coffee Shop” which sounded familiar–I’m thinking maybe somewhere in Arizona? Anyway, my battery was very low so I ordered coffee and recharged my phone. I then found a hostel for the next few days in the City Centre of Ghent called “Uppelink.”

The reviews sold me on this place. It’s situated next to the river and has a striking old character about it. The hostel is very clean, I must say, maybe even the best hostel ever! It’s in an amazing location in the heart of Gent, populated with just really nice folks. I love the address also: St-Michielsplein 21.

I checked in so I could deposit my backpack and then went out for a walk around to find some dinner. I found a market and picked up a healthy salad along with some Gouda cheese and Wasa crackers.

I sat down next to the river and ate a lovely dinner watching the young people all around me and in kayaks on the river. Afterwards I sat in the lounge and was checking my email while waiting for the soccer game (“football”) to start. It did and the place got loud so I went to bed. I am not sure who won or what happened.

Again…another splendid wonderful day. It’s about 8:00 pm and I am thinking of going to bed early because it has been rainy all afternoon. I just came back from being soaked in the rain, and I am not sure about the weather for tomorrow either. I may have to resign myself to walking some more in the rain…or perhaps take the train into Antwerp, Belgium.

It’s not the rain so much, but the lightning and thunder that concerns me.